AFFECTIONATELY KNOWN THROUGHOUT THE WORLD AS "CANOPYMEG"

Margaret “Meg” Lowman Ph.D., known affectionately throughout the world as “Canopy Meg,” is a global pioneer in forest canopy ecology.  She is one of the world’s foremost “arbornauts” — someone who explores and studies the vast forest canopies that make up what Meg has termed the Earth’s “eighth continent.” A tireless educator, strong advocate for girls, women, and minorities in science, Meg has published numerous books, is a sustainability advisor, contributes to boards, and speaks widely and frequently to diverse groups, schools, and international symposiums and conferences. In her own words, Meg describes her passion for the treetops:

all that lives in them"

What causes me to leap out of bed each morning is the opportunity to  explore, research, and conserve global forests; mentor the next generation (especially women and minorities) in sustainability and forest stewardship; and educate diverse audiences through advising and storytelling.

My passion for science and exploration began as a girl and has defined my life’s work. A pioneer in the field of forest canopy science, I’m considered one of the world’s first “arbornauts” (canopy explorers). Founding a new science, I designed hot-air balloons and walkways for treetop exploration to solve mysteries in the world’s forests, especially insect pests and ecosystem health. I now leverage my international network and exploration, seeking best practices to address environmental challenges.

I am driven to educate leaders about the value of trees and welcome opportunities to address corporate directors, CEOs, politicians, and decision-makers/disruptors to communicate the importance of healthy forests. Championing an awareness about how forest conservation is critical to the survival of humankind has led me to serve as a sustainability consultant for green business initiatives including the Tommy Hilfiger Corporate Foundation, the Rolex Corporation, and The Habitat Penang Hill. I serve/have served on multiple non-profit boards with education or sustainability missions.

I actively pursue bottom-up conservation activities including community initiatives for schools, corporations, and teams to manage local resources more sustainably: climate change advisor to the Florida cabinet, local tree planting programs in multiple countries, science book distribution to African and Amazonian school kids, and citizen science activities for communities. I love speaking to all ages – which  I refer to as “K-through-gray” – ranging from webinars, commencement addresses, and “meet-a-scientist” activities for youth.

My Passion for Science and Exploration

In 1999, I co-founded and currently serve as Executive Director of TREE Foundation with the mission to link under-served children to nature and promote tree research, education, and exploration.  In 2020, I launched MISSION GREEN — my vision and goal to build 10 canopy walkways in the world’s highest bio-diverse forests by 2025. This project partners with renowned oceanographer Sylvia Earle who founded Mission Blue to save ocean “Hope Spots,”  whereas I focus on conserving rain forest biodiversity “Hot Spots.”

My personal goals are to mentor 10 million kids, sell 10 million books, speak in front of 10,000 corporate leaders, conserve 10 million acres of forest, and establish ten walkways in ten high biodiverse forests where women and indigenous families can earn a sustainable income from ecotourism rather than from logging.

My memoir, “The Arbornaut: A Life Discovering the Eighth Continent in the Trees Above Us” aims to inspire girls to seek careers in field biology (2021; Farrar, Straus & Giroux Publishers). 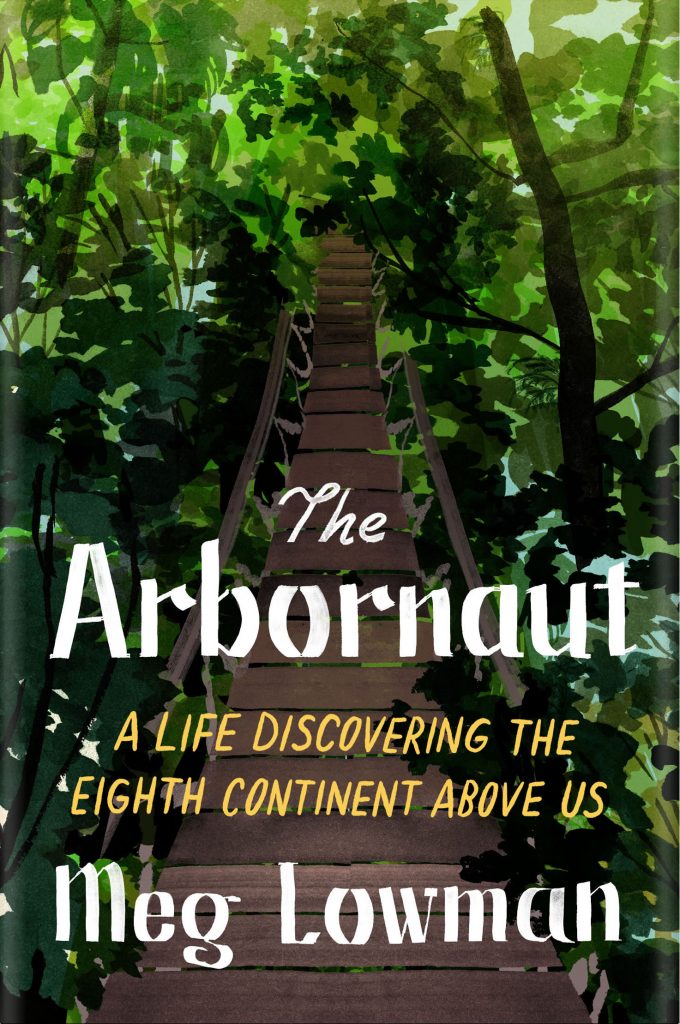 After completing a Ph.D. program in Sydney in 1983, I remained in Australia for eight years demystifying rural eucalypt dieback epidemics and serving as the co-manager of a fifth-generation, family-owned Merino sheep and cattle business. Returning to the U.S. in 1991, I became CEO of Selby Botanical Gardens in Sarasota, Florida, growing its operation to profitability and ranking to one of America’s top ten botanical gardens. Following this, I was recruited into three academic/leadership positions: New College of Florida as its inaugural director of environmental initiatives; North Carolina State University, to direct the construction and launch of its Nature Research Center; and the California Academy of Sciences in San Francisco as Inaugural Chief of Science and Sustainability with the mission to “reinvent museum science.” I returned to Florida in 2019 to focus on global forest conservation with TREE Foundation and MISSION GREEN.

My nickname, Canopy Meg, was bestowed by Robert Ballard, discoverer of the RMS Titanic, some years ago, when he and I were chief scientists for the Jason Project and speaking to millions of middle school students during our virtual expeditions to the canopy and ocean floor, respectively.

My outside interests are diverse. I am the proud mother of two wonderful boys who grew up climbing trees around the world with their scientist-mom. Carolyn Shoemaker named an asteroid after me, comprising 16 acres circling Jupiter (16304 Lowman). My exploration across 46 countries has exposed me to amazing insects, including a love of “entomophagy” (yes, cooking bugs!). I enjoy birding, beaches, reading non-fiction books, and, of course, “all things nature.”